Dave Hemingway of The Housemartins and The Beautiful South is back.

And sounding better than ever.

The man who once told us he loved us from the bottom of his pencil case, The Beautiful South’s Dave Hemingway is back and sounding better than ever.

Although born and bred in England the band's sound predominantly features the instrumentation of traditional American roots music combined with the occasional injection of guitar heavy melody more associated with Seattle in the late 80's.

However, you can only sing about what you know.

“Although a lot of the songs have an Americana feel” says Dave “they’re still about life in England. You’re going to feel a bit daft singing about pick-up trucks and low down honky-tonks when you live in Yorkshire.”

Having previously served up seven songs on The South’s 2012 offering Sweet Refrains, Dave and Phil decided that subsequent material would be better served free of the ‘golden millstone’ that the name provided.

“Now we’re Sunbirds we’re free to dig a little deeper into ourselves", says Phil "while still also free to write about everything & anything else we want as long as it’s something worth singing about. Music is a powerful vehicle and can challenge a person's thinking. To just sing "I want to do this or that to you" seems a wasted opportunity”. 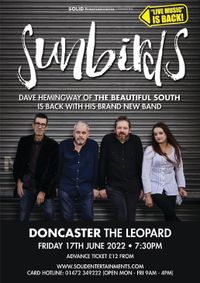 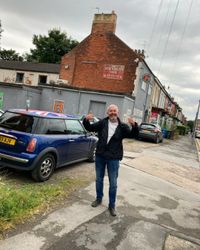 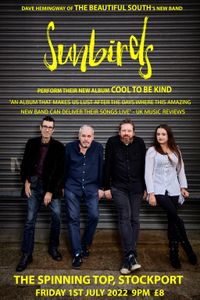 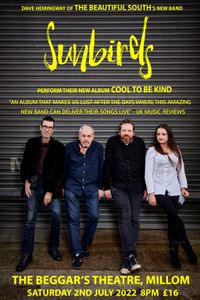 “A highpoint of it’s rootier ilk” - We Are Cult

“An album with warmth to spare” - MOJO Magazine

Sunbirds ‘Cool To Be Kind’ album is available on Spotify, Apple Music, Deezer, Amazon and will be available in HMV stores on reopening.

‘Cool To Be Kind’ album is also available on Spotify, Apple Music, Deezer, Amazon and will be available in all HMV stores on reopening.

Please allow 10 days for delivery of the TShirt